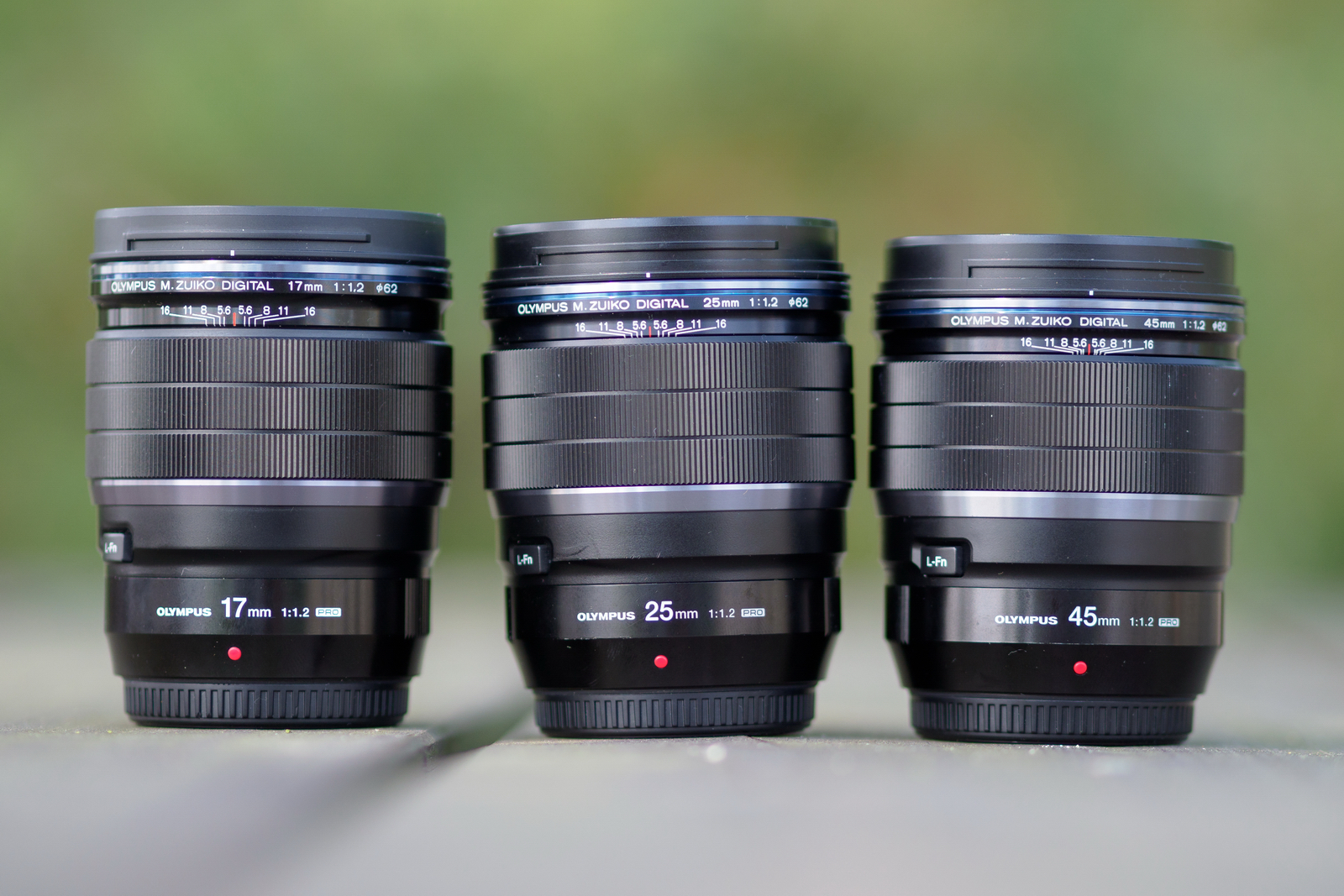 The three Musketeers were also four

The vanguard of Olympus lens’ selection has been for a long time dominated by three lenses with 1.2 aperture. Namely M.Zuiko 17mm/1.2, M.Zuiko 25mm/1.2 and M.Zuiko 45mm/1.2. In the past, I was lucky enough to have had all three on loan for my travels, albeit never together. Though I’d never had a chance to compare all of them together at the same time, I was always convinced that these were all optically impeccable lenses. That was until one weekend, when I was presented with a unique chance to loan all three lenses together allowing me to compare them by shooting an identical scene – specifically flowers. And I was determined to make the most of it. Although all of the above lenses are primarily designed for a portrait shooting, their ability to finely blur any background can be applied to many different situations. Personally, I’m obviously most intrigued by its use during flower and wildlife photography. Funnily enough though, same as the three Musketeers were actually four, in my comparative tests I ended up with a fourth d’Artagnan represented by M.Zuiko 75mm/1.8, which is a long-time king of m43 System portrait lenses. 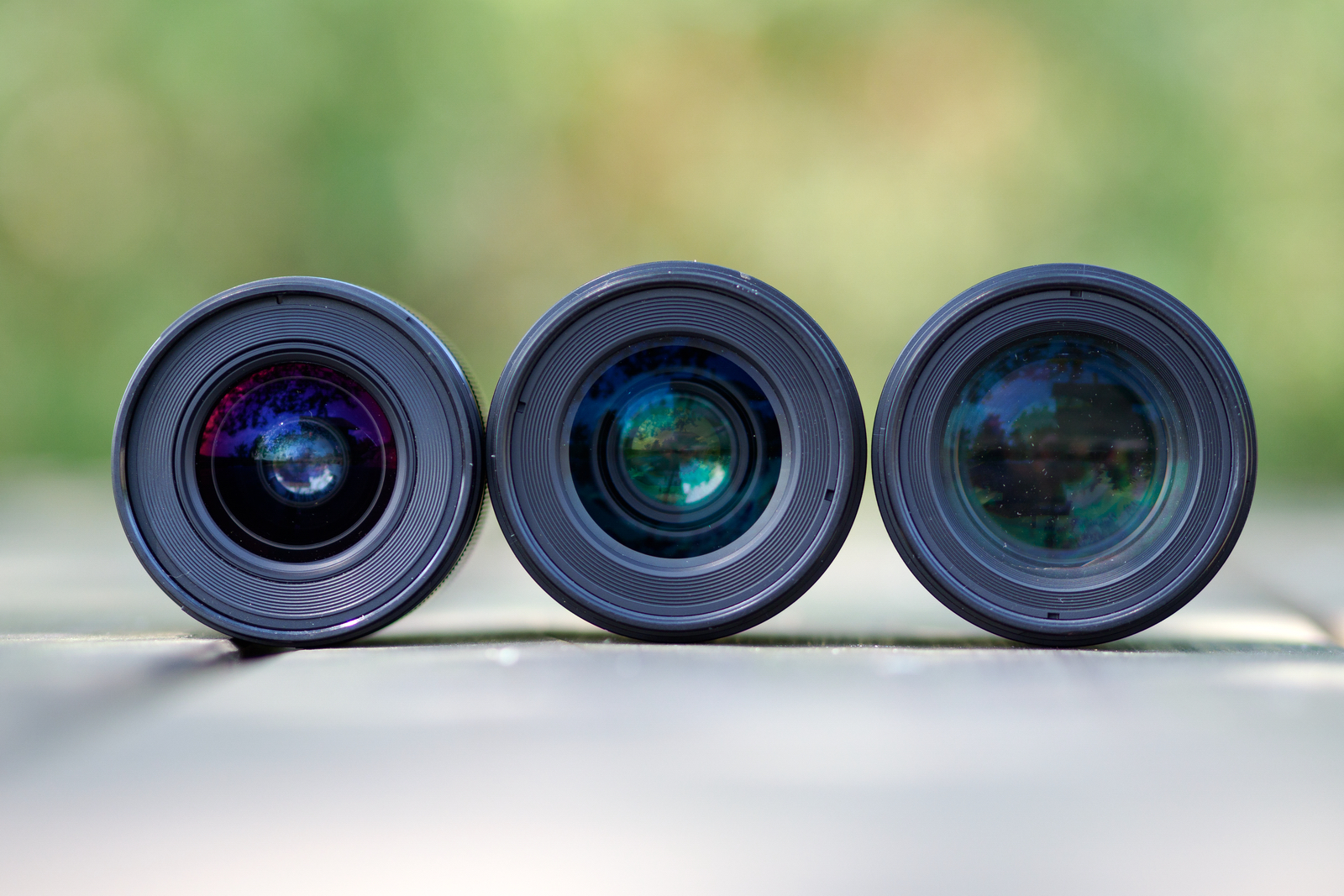 Aims of my testing

So, what were my primary objectives? Firstly, I wasn’t too concerned by sharpness. I should point out that all of the tested lenses are one of the sharpest in the entire Olympus product suite. Therefore, I did not even remotely intend to study which micro millimeter is sharper. You can be assured that every single one can be comfortably used at its maximum aperture. What I was particularly keen to find out though, was, what type of bokeh each lens conjures up by blurring out the same background. Next, I was also interested in comparing the focal point of the same subject. And so the outcomes should never have been a best-and-worst table, but a comparison of each lens with the same object. Ultimately, it’s best to start off with realising what you are actually trying to achieve with your photographs as each lens has its strongest and weakest points. 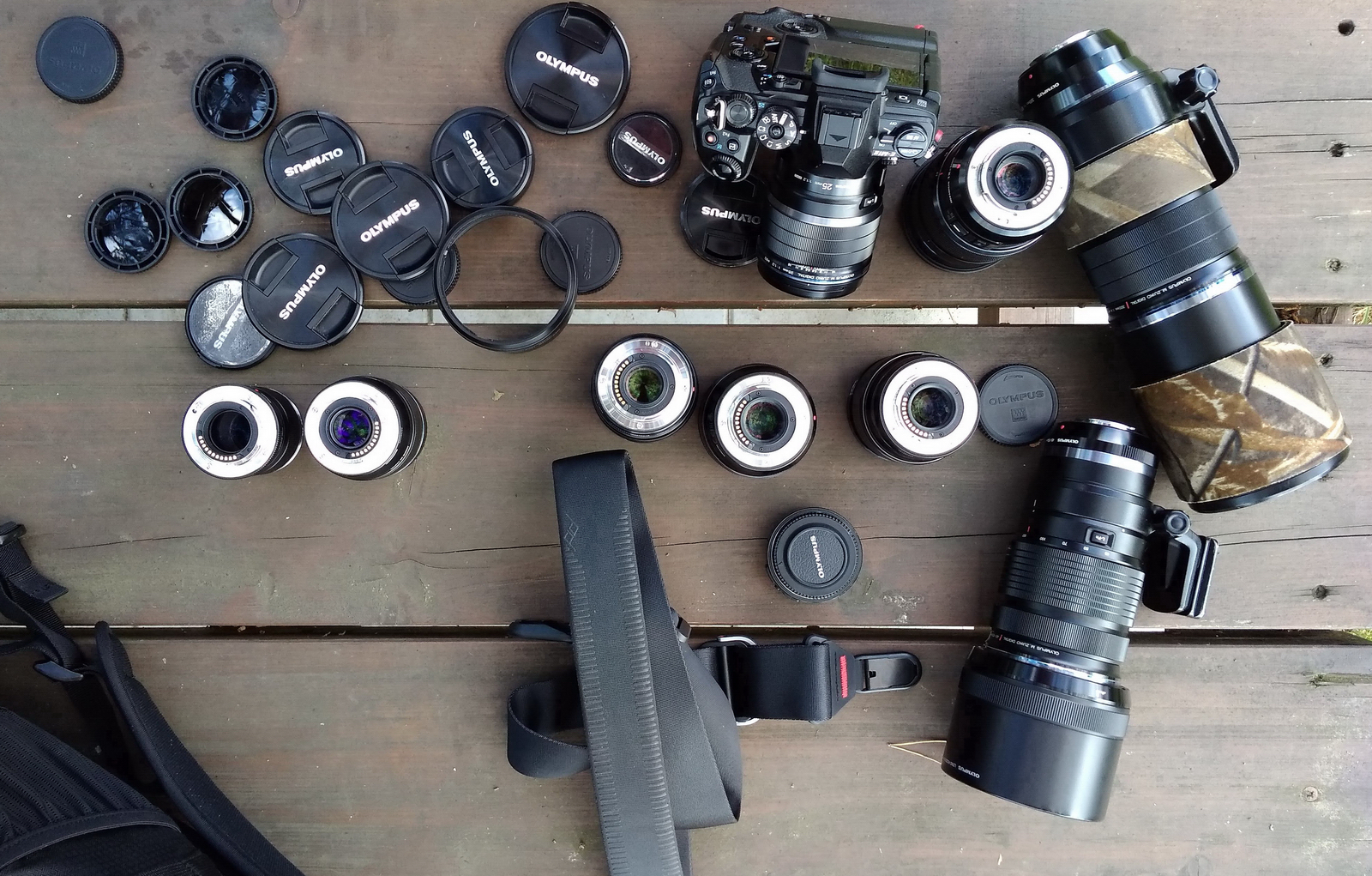 First of all, what is bokeh? Bokeh, (boh-kay) is the level of the blur produced in the out-of-focus background produced by your lens. Bokeh’s not only a scale of soft blur, but mainly the aesthetic quality of the blur produced. When it comes to the Olympus m43 system, it is often referred to as being unable to produce pleasing bokeh. Bokeh is determined not only by how much your lens renders the background out-of-focus, but actually how well are the blurred objects blended in. What influences good bokeh? To start with, a whole range of factors needs to be considered, the fast apertures and sensor size being the most common ones. However, these are merely two factors of many many more. As I have pointed out above, the existence of pleasing background bokeh depends on many other variables. Apart from the already mentioned ones, the focal length must be considered too (i.e. the farther the distance the better and smoother the compression and separation of focal planes.) Then, also a minimal focal length needs to be taken into account, which relates to other two aspects – distance between a photographer and the subject; and a distance between a subject and a background. For example, if you are shooting a doe leaving a forest from about 50m distance, then it’s very unlikely you will achieve any bokeh whatsoever. However, if you will shoot the same doe once it’s on a meadow with the forest far in the distance, then the likelihood of a well-feathered bokeh is much higher by selecting smaller aperture, longer focal length as well as the depth-of-field at the horizon and so on. With that in mind, you can assume that to produce a really soft background when shooting a relatively large doe you will need to be a few tens of meters away from the forest. However, when shooting smaller subjects (such as flowers, frogs or reptiles) the distance from the background is reduced to a few centimetres. There is no doubt that full frame SLRS would be superior to m43 system if we would only concentrate and measure the blur and its equivalent focal length from the same location and for the same aperture. However, the beauty of photography is in the fact that no restrictions apply when it comes to the rule or gear we use. Thanks to the above elements all contributing to a beautiful bokeh, we are offered a number of options helping to create a unique photograph by using perhaps a different focal length, a different point of view or maybe altering your distance from a photographed subject etc. 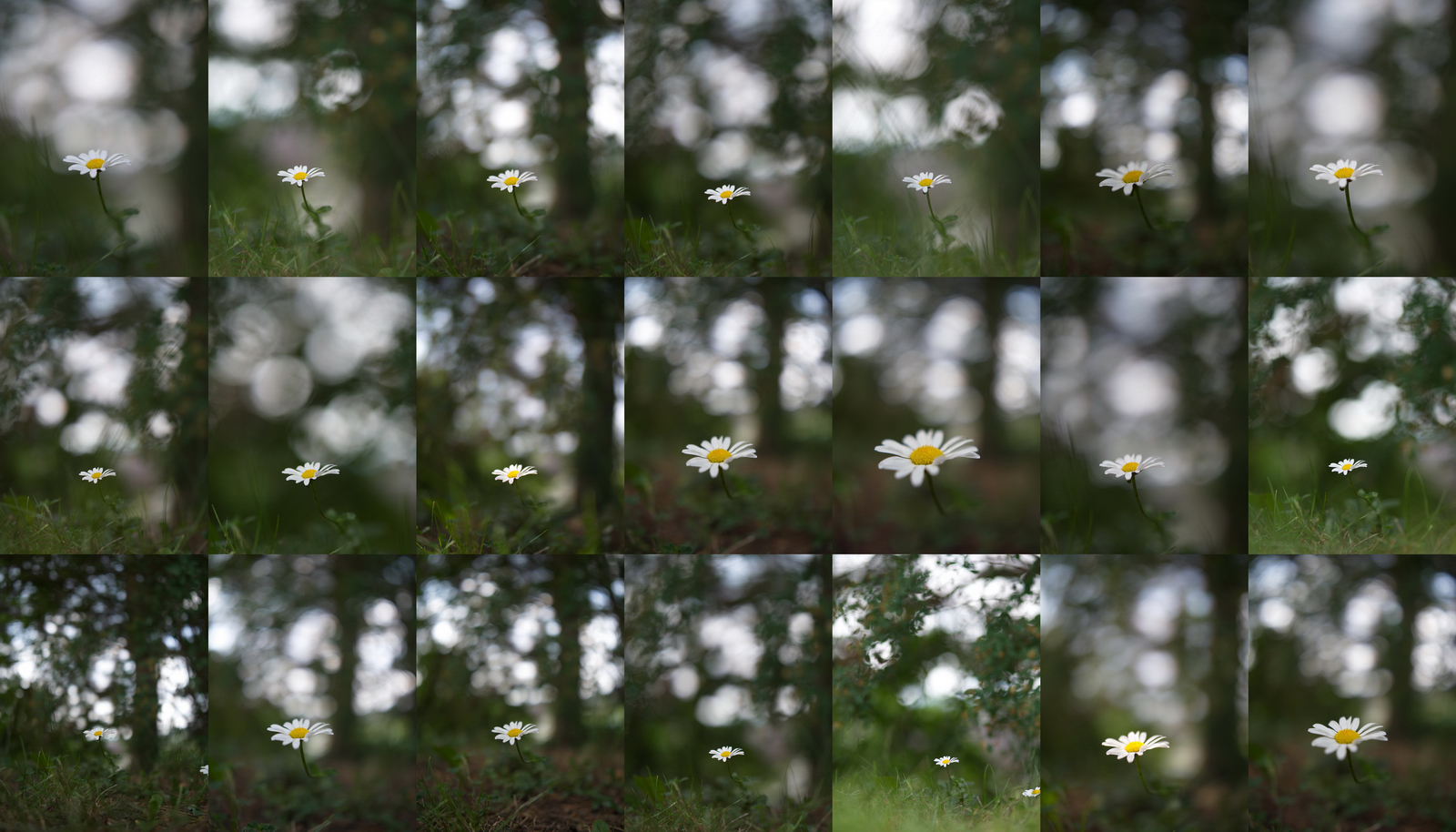 In the above picture you can see a very simple scene. A low growing daisy in dense undergrowth (click here for a hi-res mosaic – to be opened as a new tab). The subject is always the same. The only thing that’s different is a focal point and the length of a lens from the photographed subject, ie. the daisy. You can have a guess, which photograph was taken by any of the four above-mentioned lenses. The result might surprise you. Every photo in this article is presented here in its original state without any post-processing with the exception of being saved as a jpg. 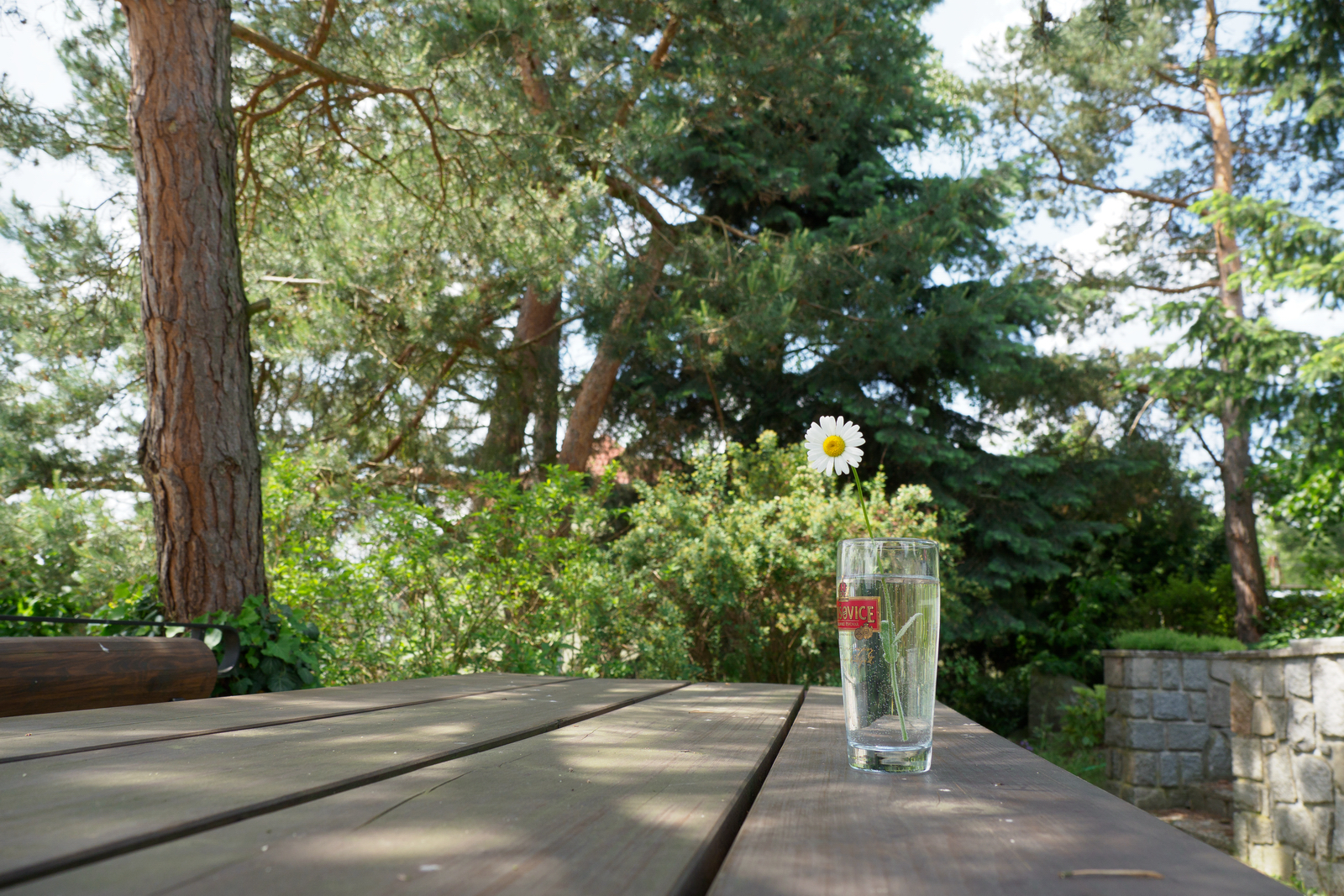 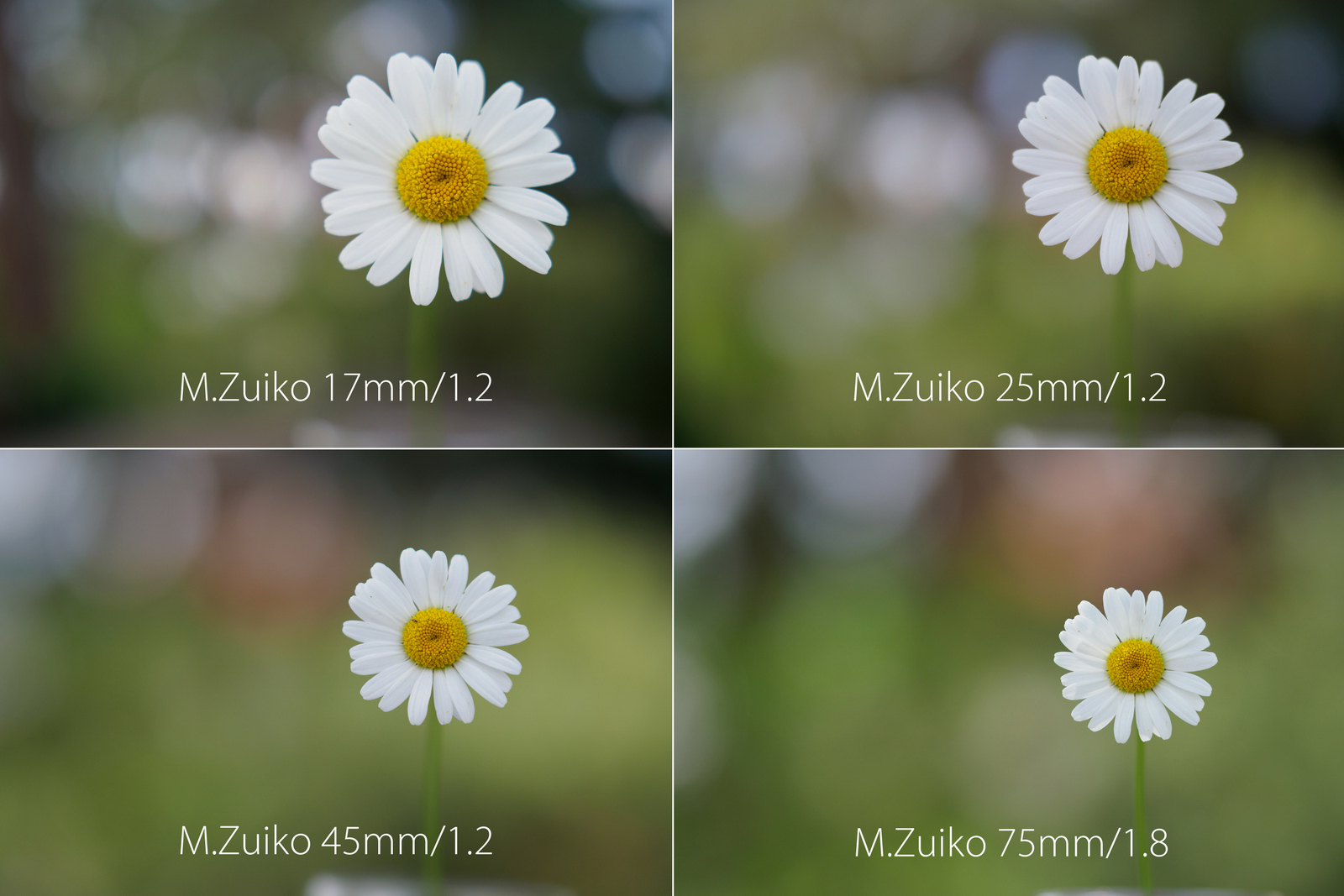 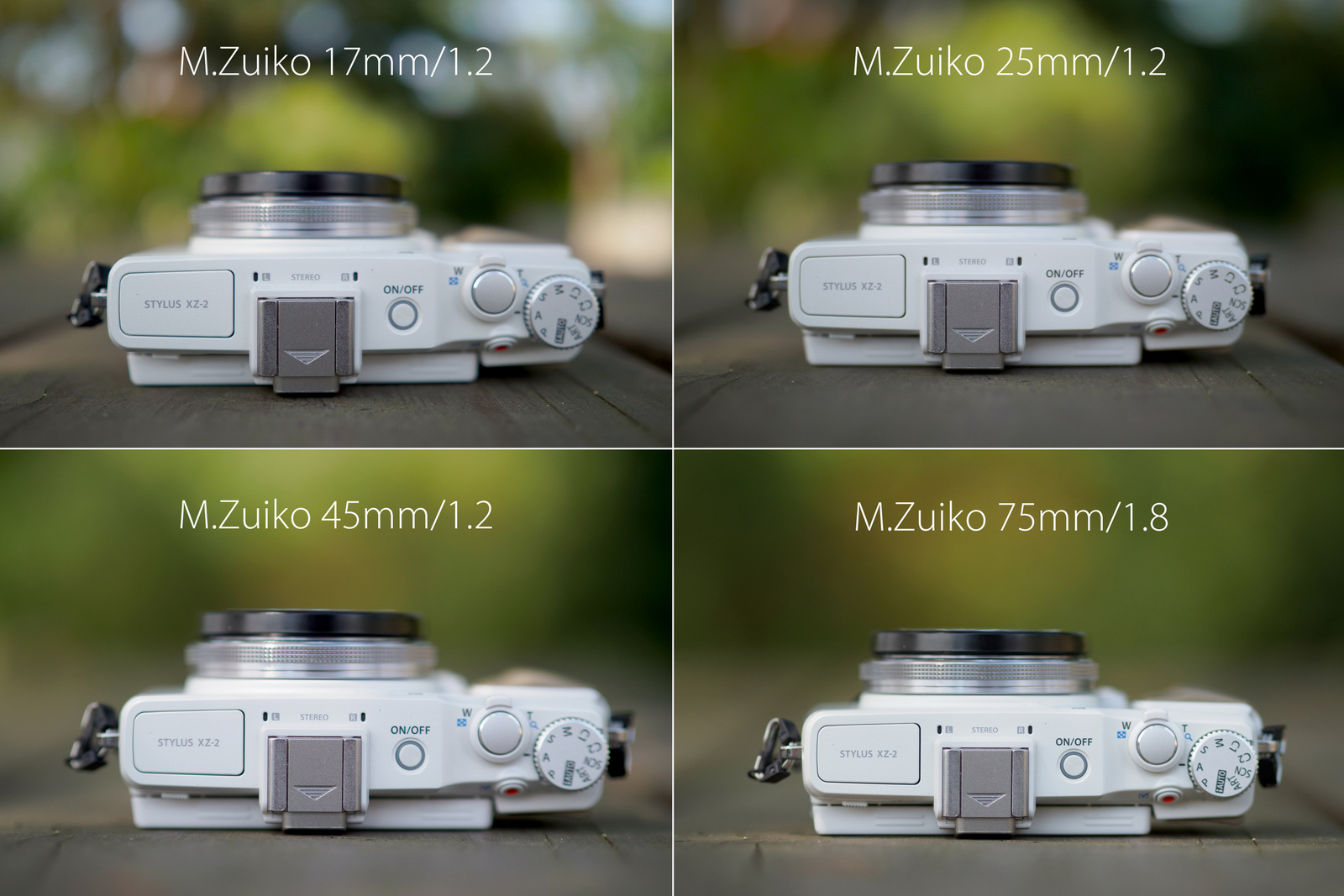 As you can see from the photographs, each and every lens has its beauty. No wonder I can picture having every single one of them in my gear. If you will mainly shoot subjects from relatively close distances, then it’s worth evaluating what results M.Zuiko 17mm/1.2 produced. Personally, I find this lens as the most appealing one because of its ability to offer a very interesting ratio of wide-angle foreground to depth in field at the smallest focal length. On the other hand, M.Zuiko 75mm/1.8 offers the largest focal area separated by a nice smooth background behind the subject. On a tested scene no. 1 you can clearly see the flower of a daisy almost entirely in focus while the background is the smallest and finest in all of the tested lenses. The M.Zuiko 25mm/1.2 is much closer to a 17mm, while the M.Zuiko 45mm/1.2 is closer to a 75mm. And finally, in the photographs below you can review for yourself a number of photographs that I took in nature at home or in the tropics. 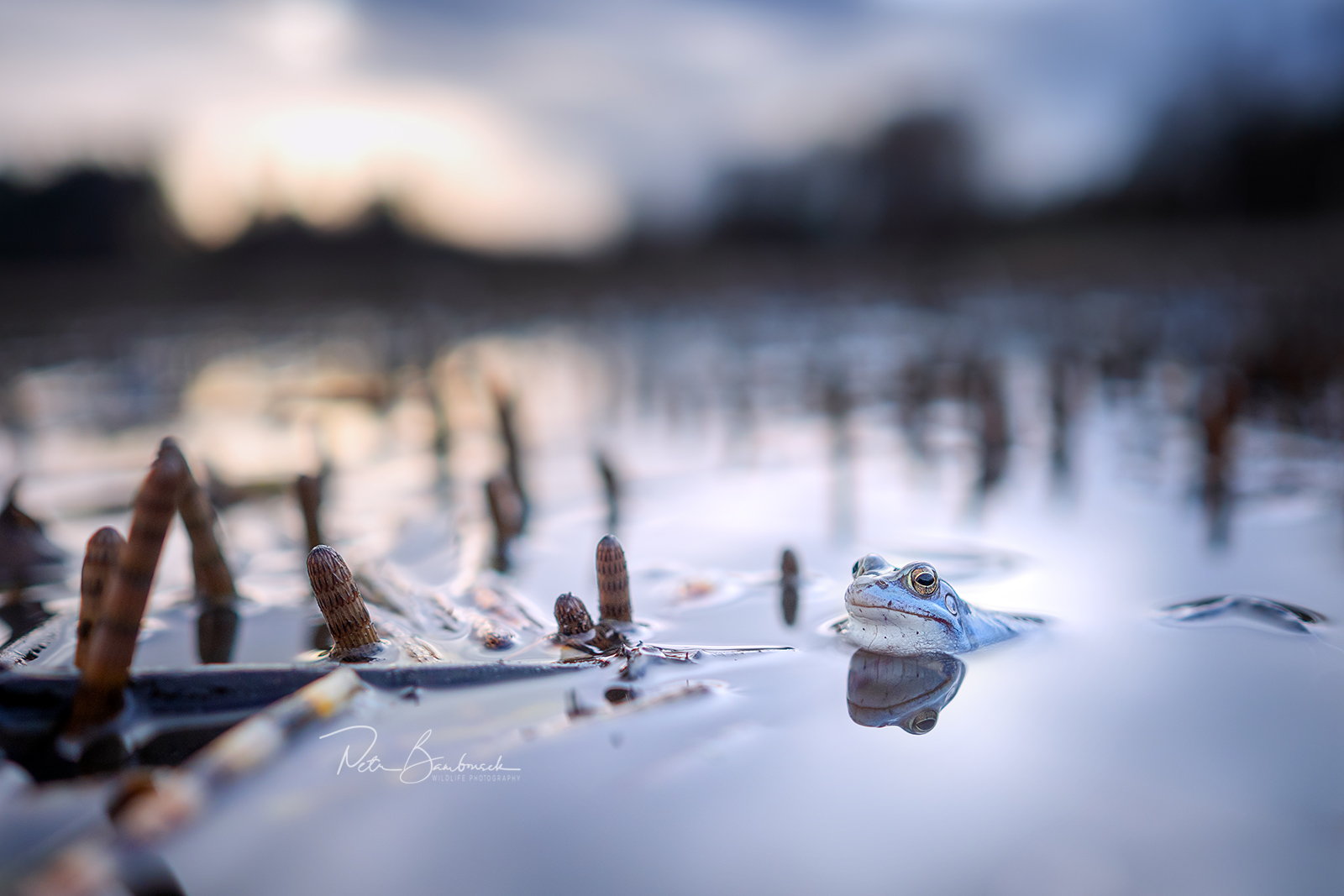 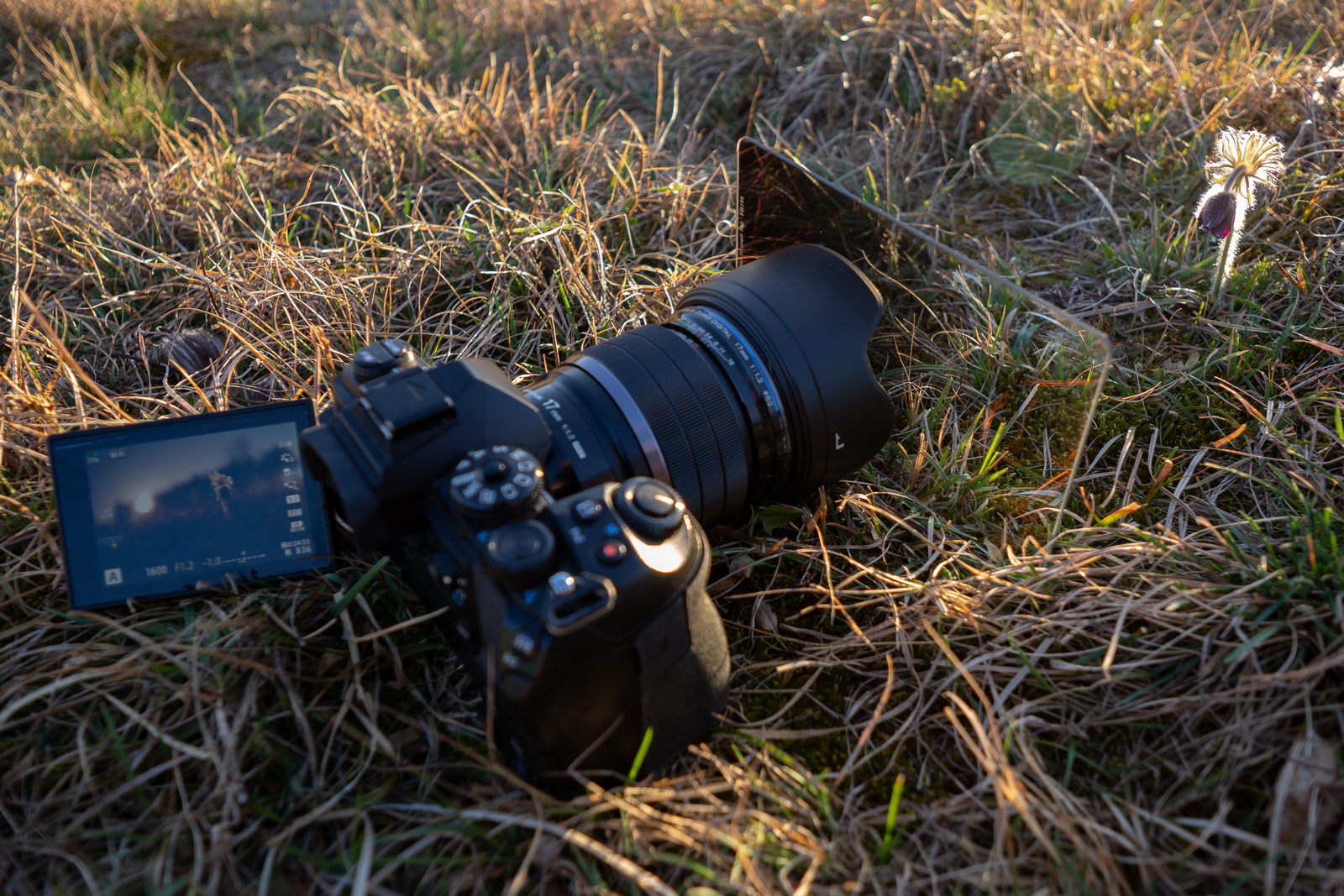 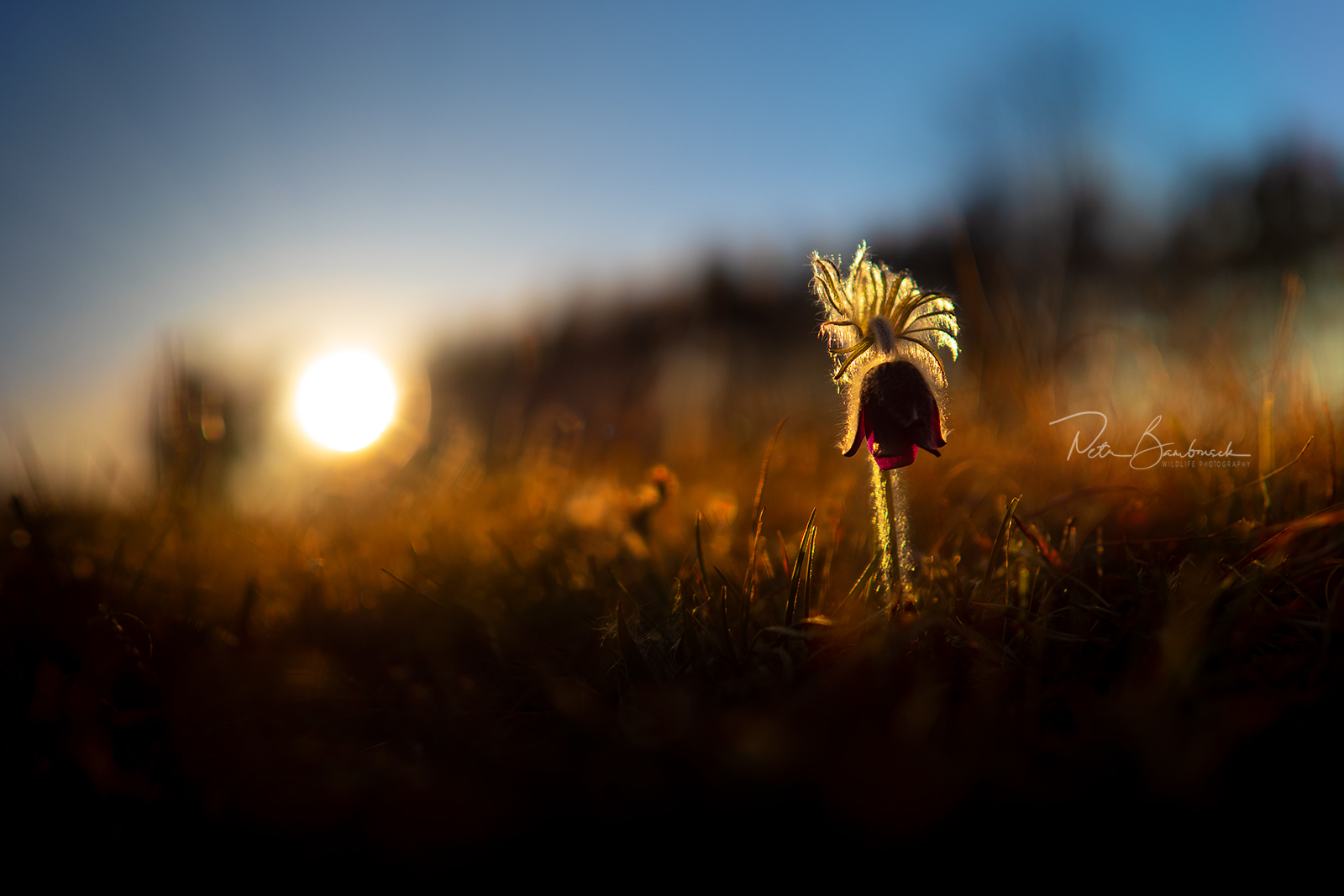 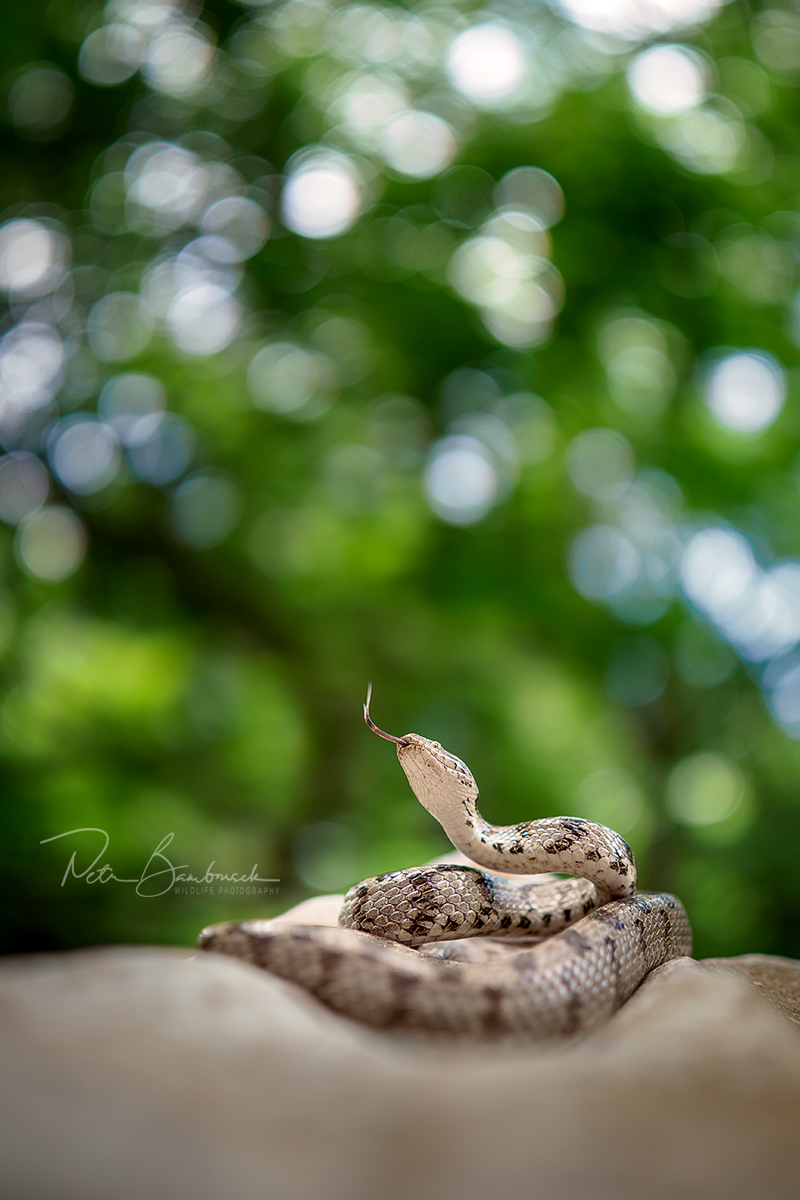 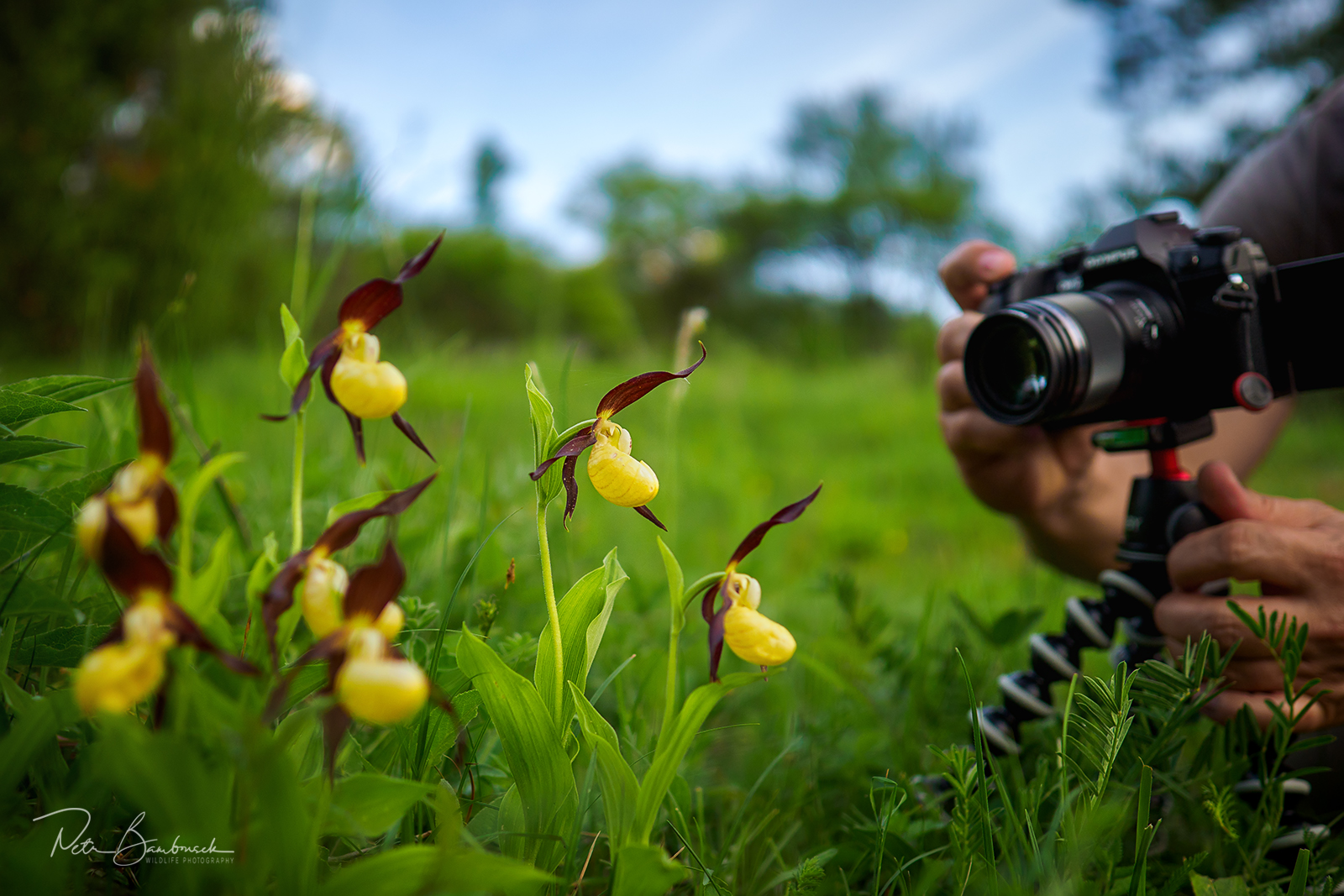 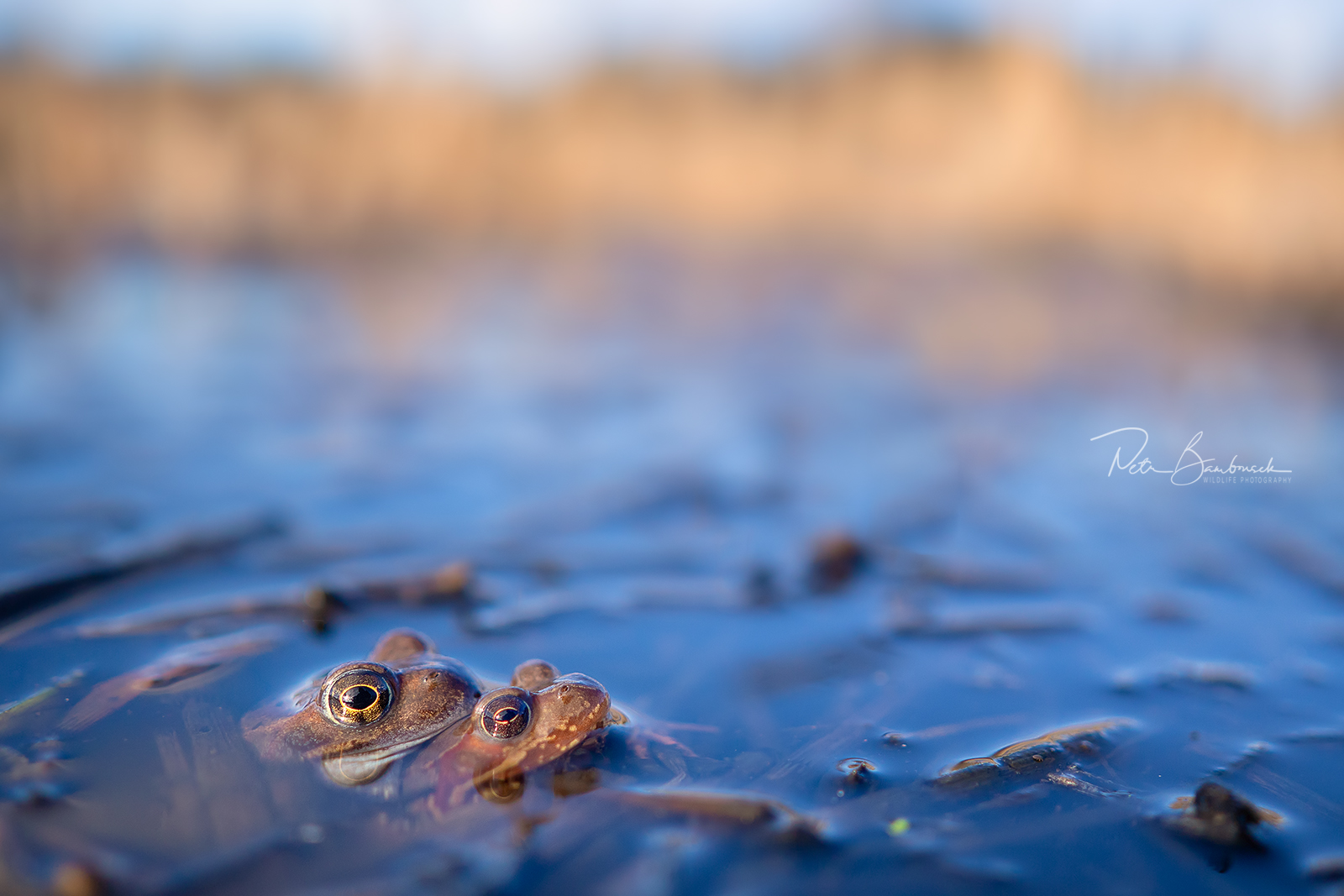 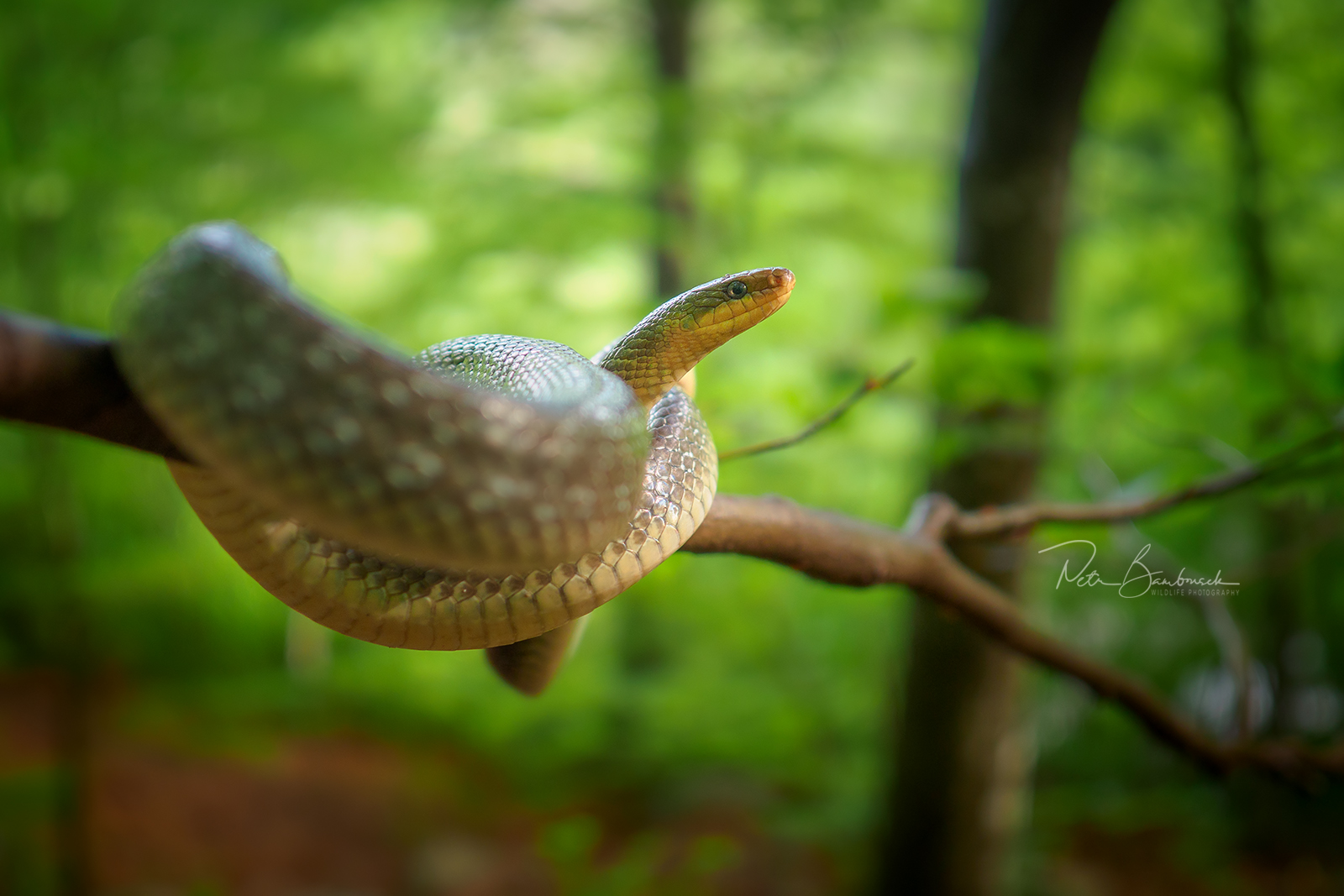 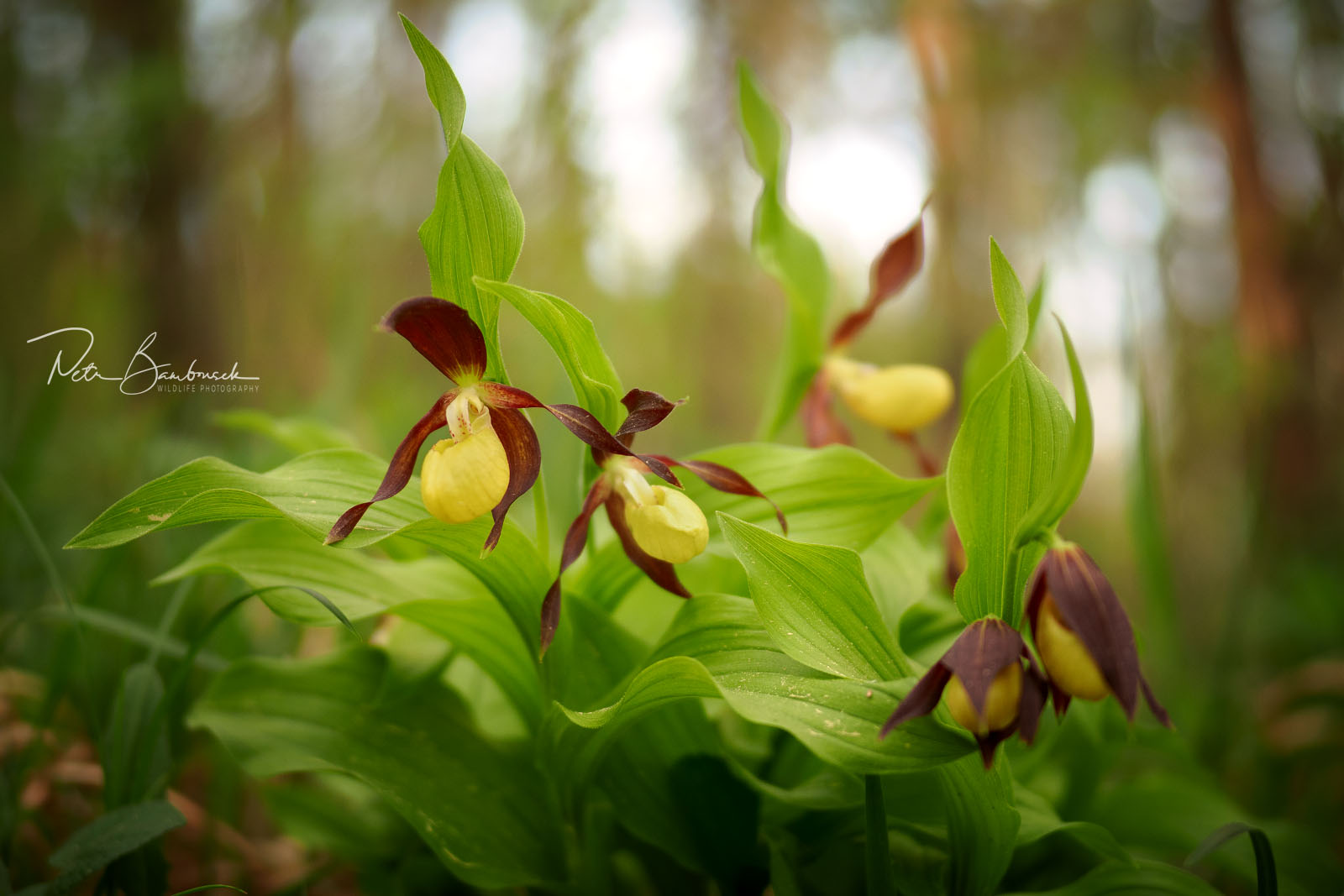 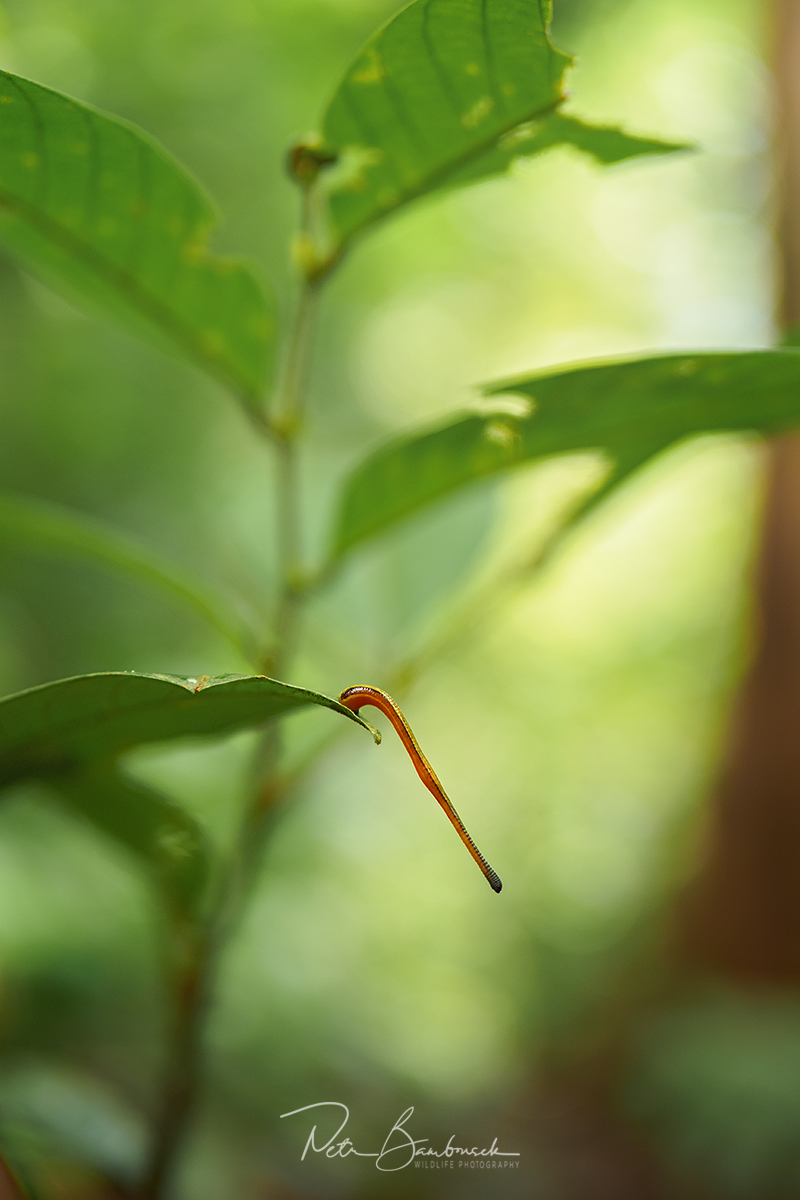 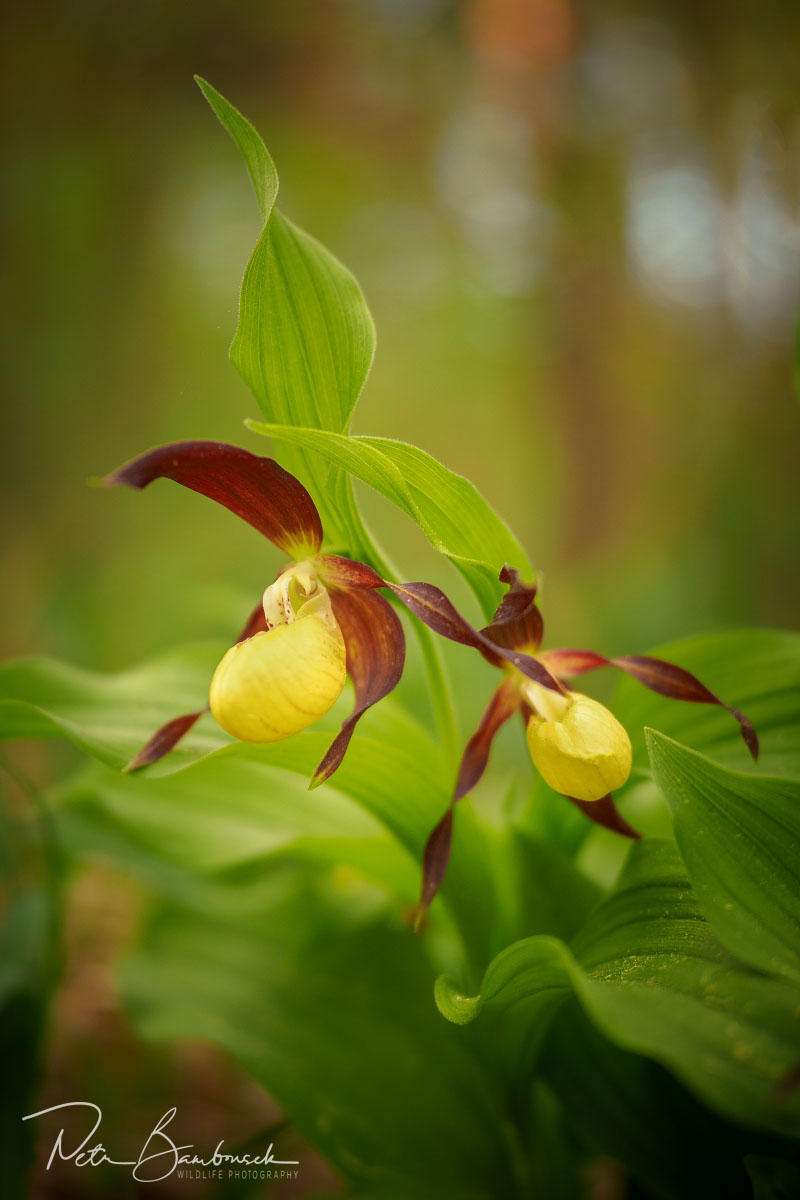 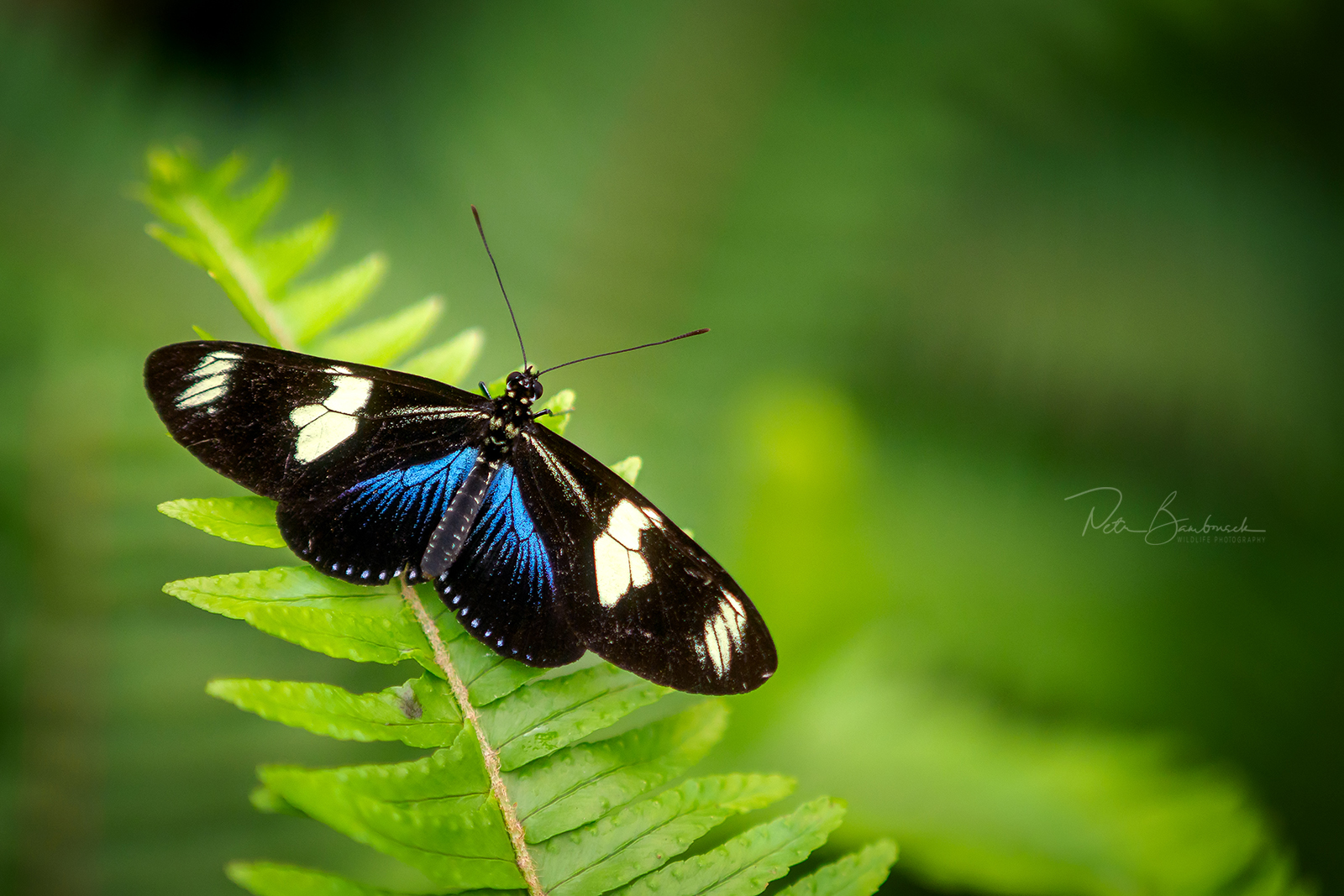 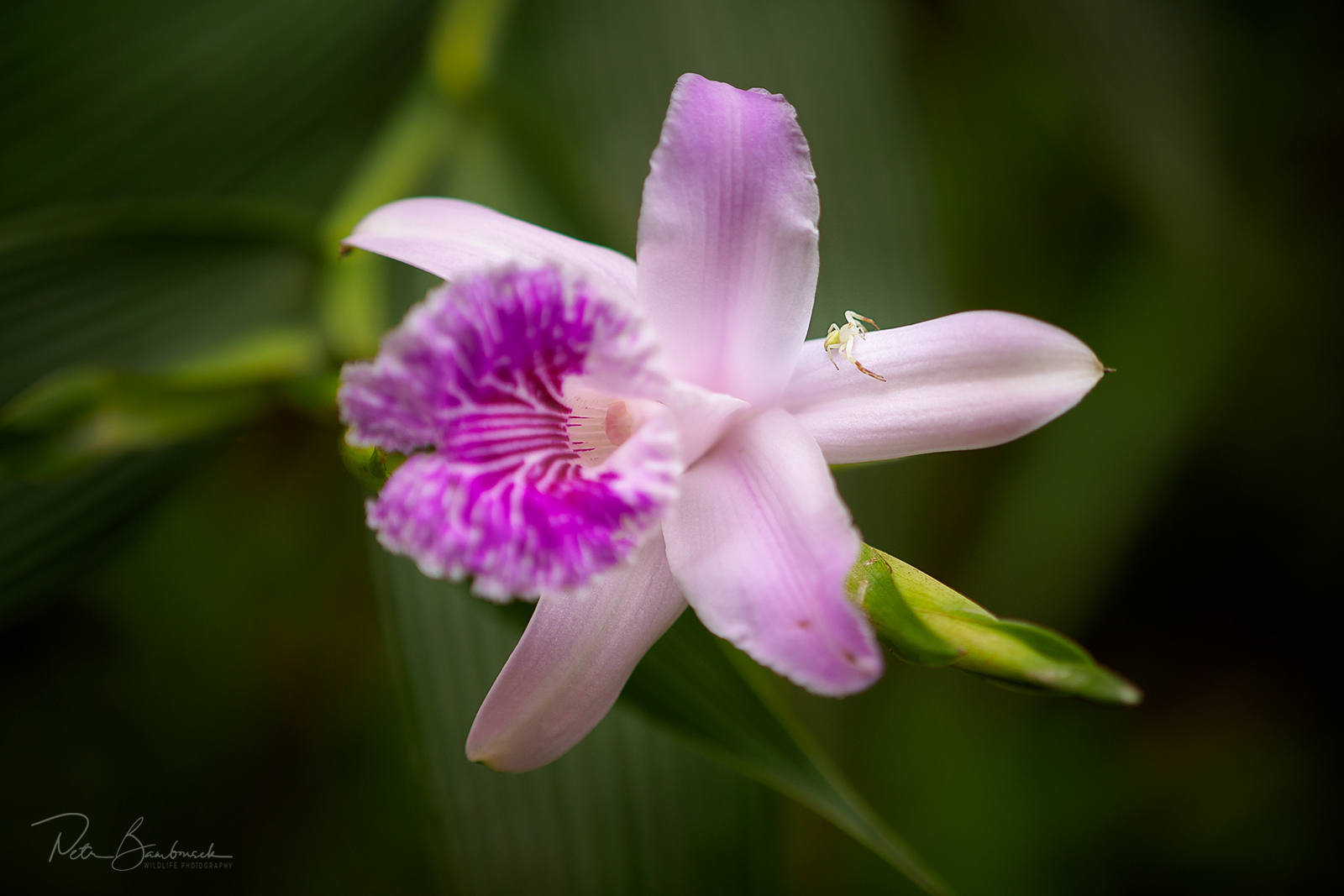 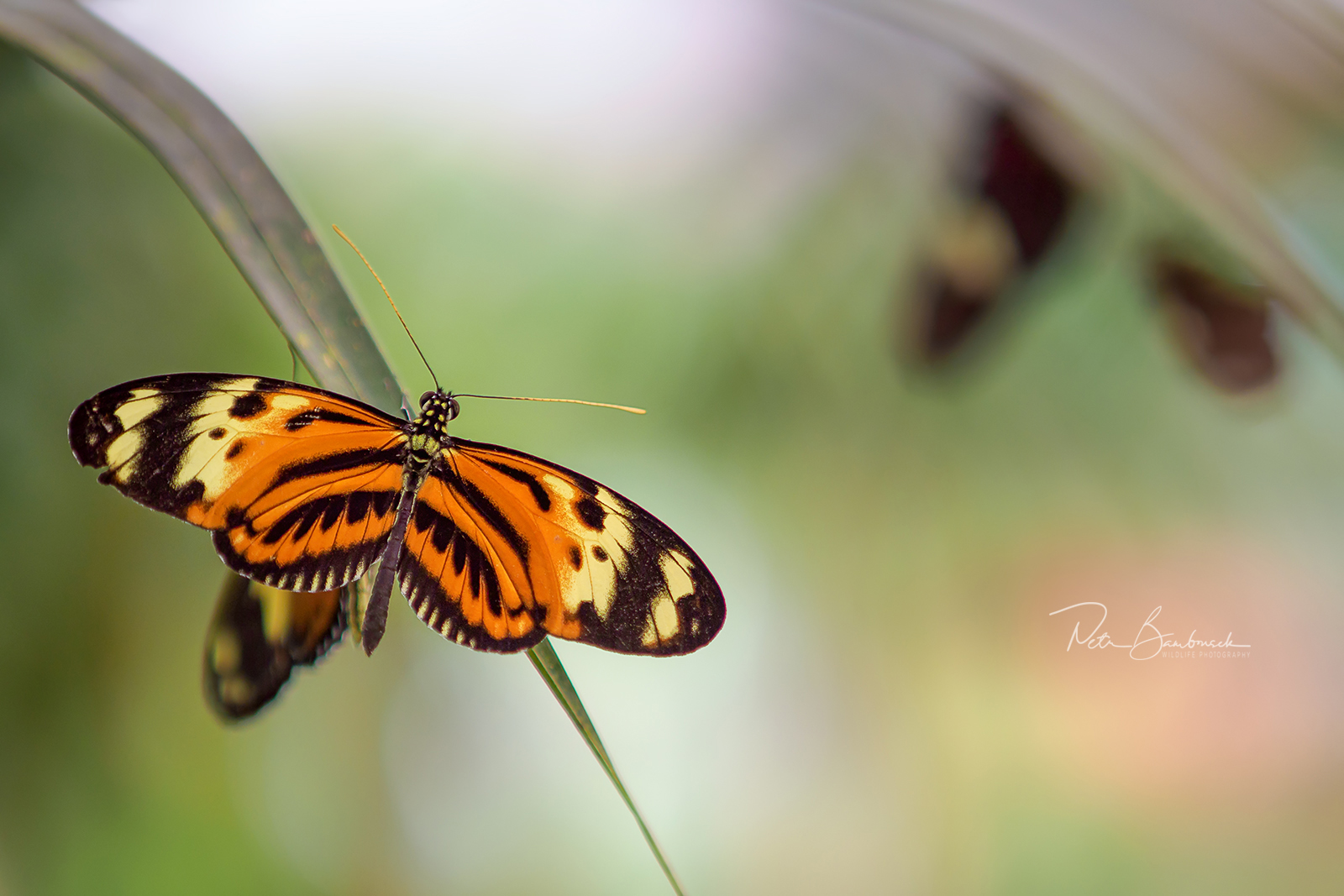 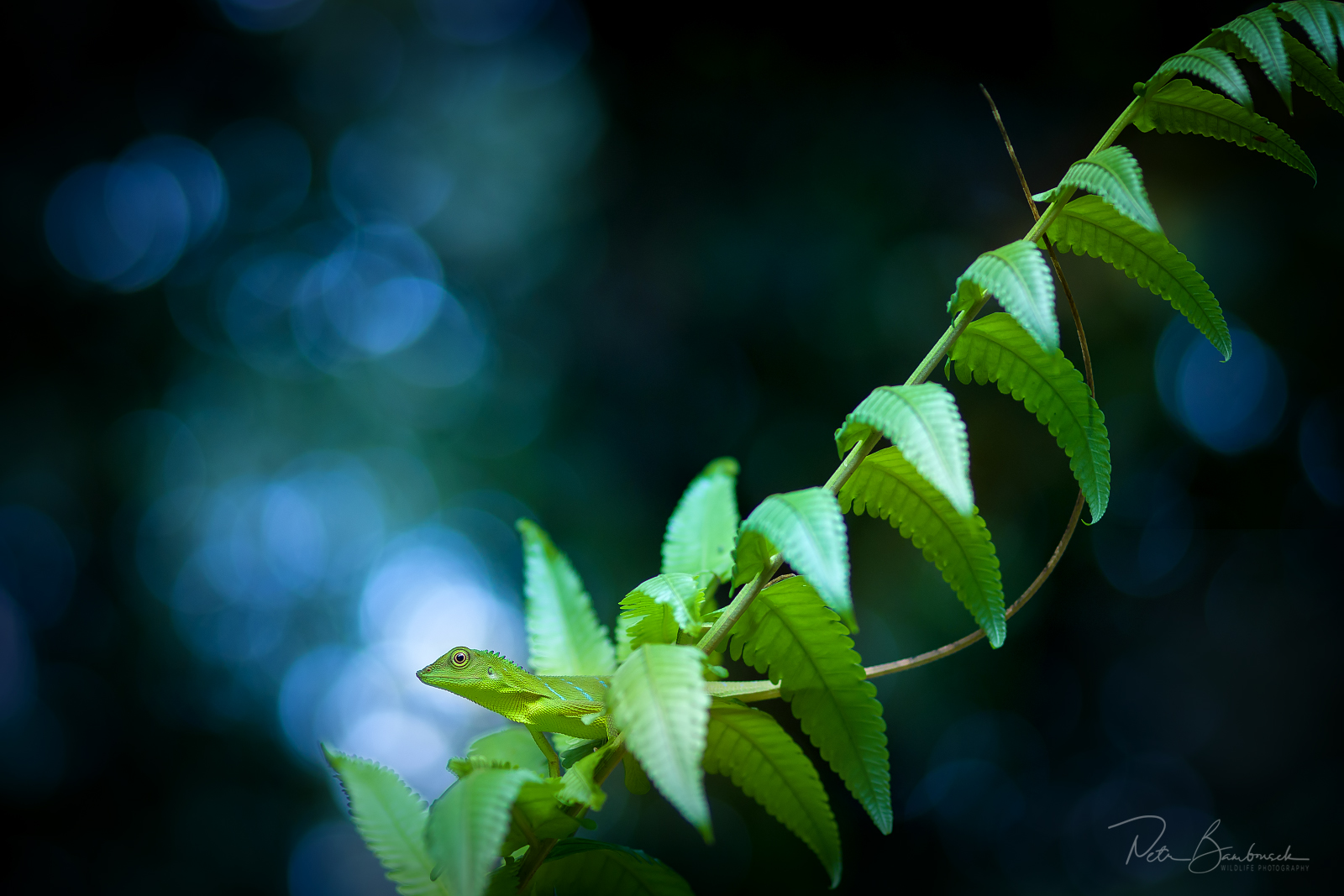 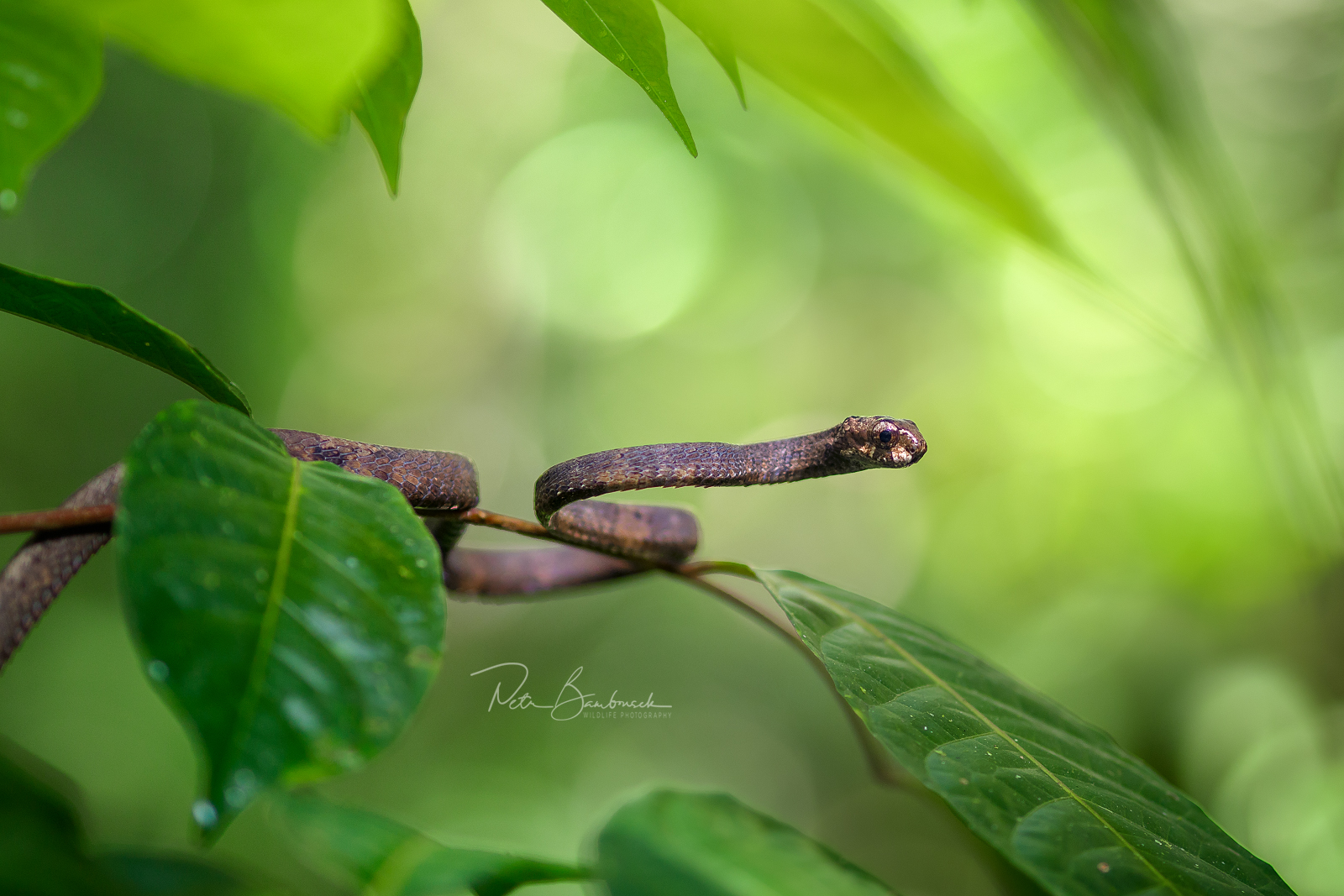 Unraveling the mystery of the opening photograph

Are you still trying to puzzle out which of the photographs at the beginning of the article belongs to which lens? Well, let’s not beat about the bush as here is the solution. Here you can find a mosaic in high-res (open in a new tab). 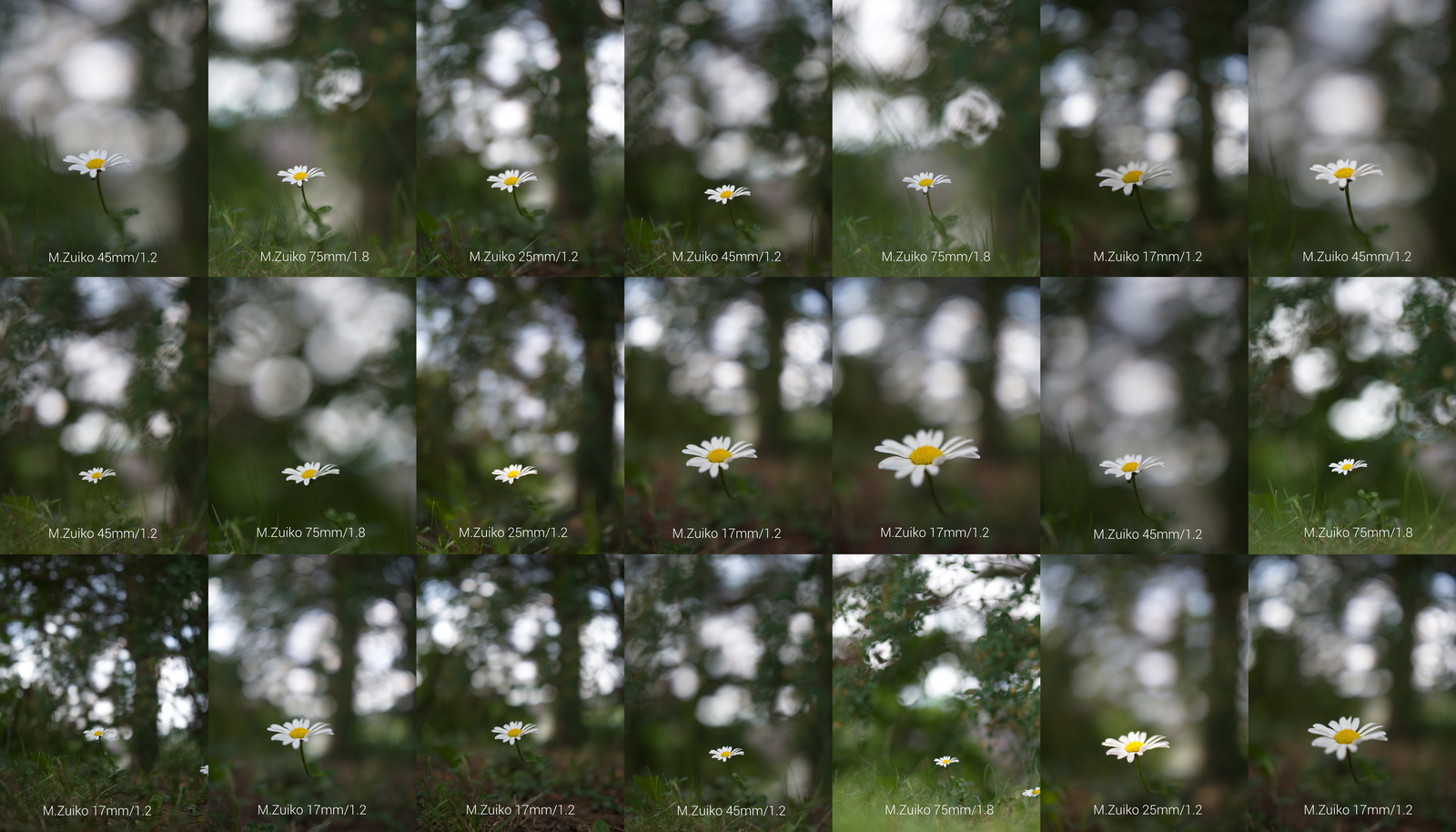 Nice article Mr. Bambusek!. I have all of them except the 25mm one and i think they are a treasure. I have the smaller ones f1.8. and they are great too when you don’t want to or can’t carry too much. I encourage you to add them and make this article the holy bible of Olympus bokeh in its fixed focal lens. Of course, they are not a optically impeccable lenses but maybe someone will have a surprise if they lower a little their expectations saving costs and taking care of their back. I’m sure this smalls ones make with an EM5 for example in a fanny pack an ideal entry point for someone just beginning their journey into photography.

A very helpful comparison, thanks.